And He Would Be Alone

The trinity of triggerwords was simple, millennia later he would still wonder why he had not guessed them.

“I love you,” she said quietly.

And his mind exploded in electric red; a supernova conflagration of firing synapses. He saw it all, then, in each strand of the spiderweb that shattered across his psyche. He saw everything, and he wept tears of lightning upon the Earth, for he understood finally the task that lay ahead. He would cleanse this planet with his holy fire. He would save them all.

And he would be alone. 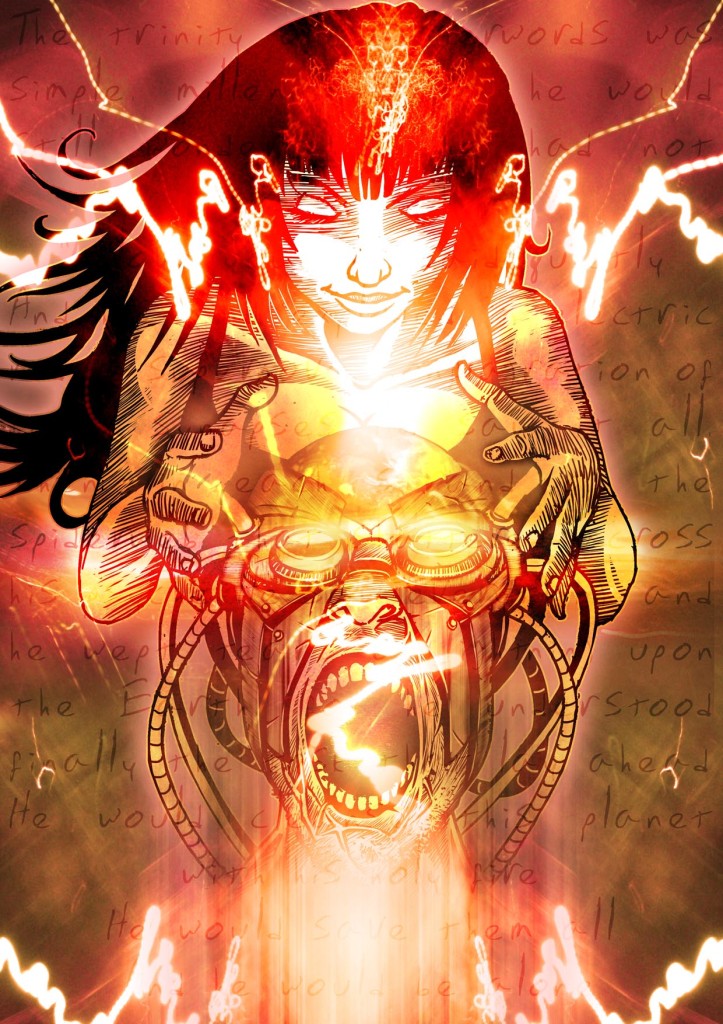